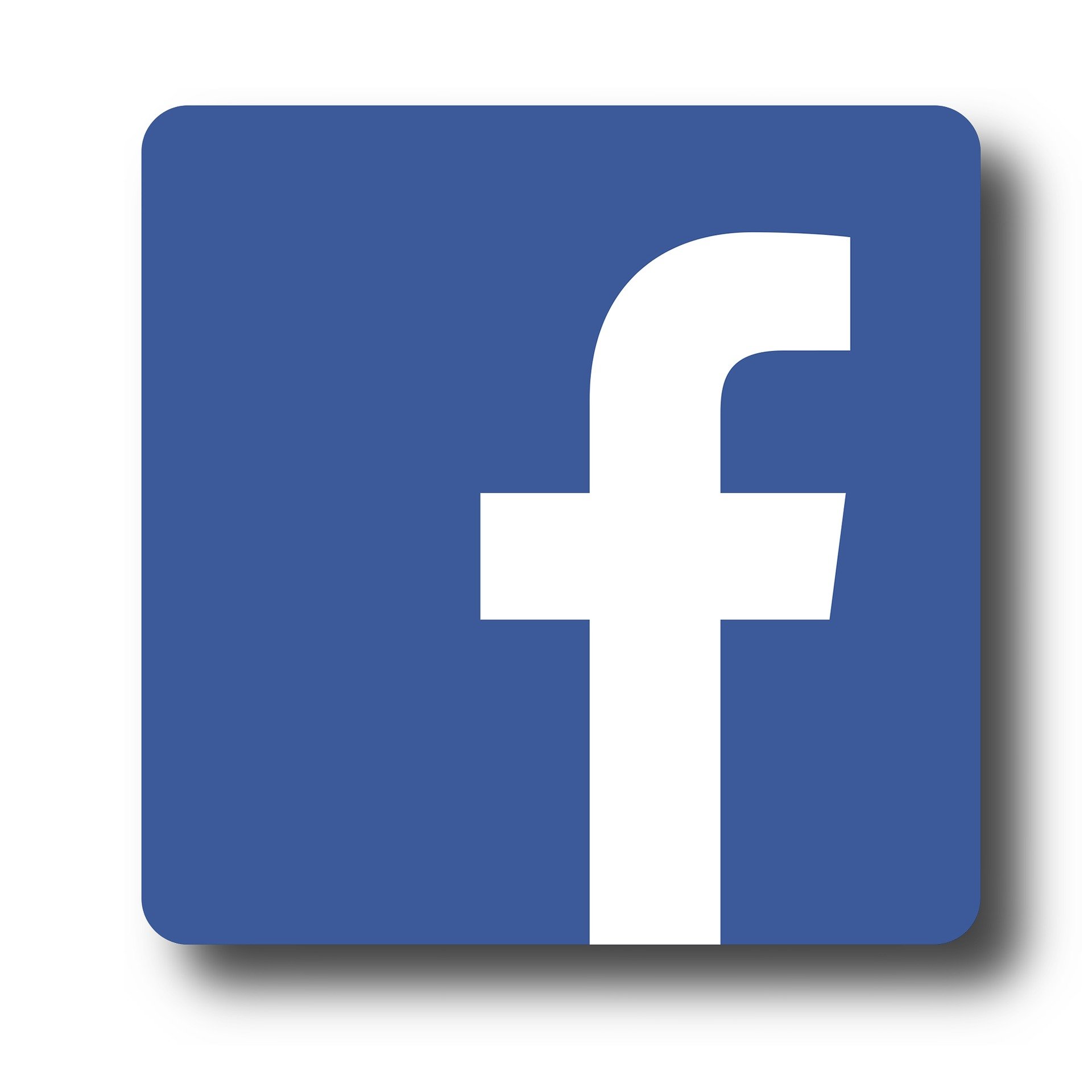 – Exclusive “Peek Behind the Curtain” Series –

Facebook Ads are the new giant of online advertising.

And it can work phenomenally well.

But how do you stay ahead of the pack when you’re competing in a crowded field on Facebook, you ask? By spying on other Facebook ads.

This is part three of our exclusive “Peek Behind the Curtain Series”, which explains how you can use Facebook competitor analysis tools to get ideas on what is working for others online.

In this article, we will teach you even more about the fine art of espionage so you can become the best Facebook Ad spy in the world.

A Peek Behind The Curtain of Facebook Competitor Analysis

It hasn’t always been easy to spy on competitors’ Facebook Ads (or any ads, really). It has been historically tough yet incredibly valuable.

There were a couple of great options in the past but Facebook squashed them quickly or they died out for other reasons.

Adicted.io was one of them. It used to be a comprehensive library with a search feature that showed competitor’s ads. But it is now defunct. 🙁

Since then, it’s been like a desert in the world of Facebook ads competitive analysis. But lately, there are new, exciting Facebook spy tools entering the field.

Here are the best ones…

One paid tool has stealthily entered the scene, AdEspresso. Mainly known for its ability to automate and build out large Facebook Ads campaigns (an already awesome product), it has rolled out a competitor analysis feature.

The downside: I wish it were more robust.

It won’t show all the competitors you want or all their ads, but it’s better than nothing and still provides some solid insight.

To get to this competitor analysis tool, log into your AdEspresso account, click the “University” drop-down, and then click the “Ads Gallery” option. From here, you can search by keyword, language, industry, and a few other options.

Just make sure your Ad Blocker browser extension is turned off or you won’t see anything in the results.

AdEspresso pricing currently ranges widely from $49 a month to $499 a month.

Hopefully, Facebook won’t shut this down anytime soon. The gallery is continuously being built out and may one day, it will be as good as Adicted.io once was.

The one thing I wish it had is what SpyFu does with AdWords competitor analysis. If AdEspresso could tell us how long an ad has run for and which ads it beat out historically, that would be heaven.

Without this data, we don’t know which ad is consistently a winner and which ad is a complete loser. If you know that an ad has been running for months or years despite split-testing, it’s likely a winner.

Nonetheless, AdEspresso is loads better than taking a shot in the dark. If nothing else, I bet you will get ideas on images and ad copy that you wouldn’t have thought to test on your own.

We suggest searching for and focusing on companies that are using direct-response marketing strategies and that you know are doing really well on Facebook. You are much likelier to steal ideas that actually work!

In part one of this series, we mentioned how BuzzSumo was a great way of getting ideas for content that will likely get more social media shares and possibly do well for SEO.

Well, it turns out that BuzzSumo is also a great tool that marketers use to get ideas for Facebook Ads.

Often, the best ads don’t look like ads. They look like part of the organic content on your feed, which helps them slip under the radar and get read or shared.

Therefore, it would make sense that you may get better results if you modeled your ad on one of the most shared Facebook posts in your industry.

Log into BuzzSumo, enter your competitor’s domain, a topic related to the product you sell, or the domain of a top content site in your industry. Sort the content by the Most Facebook Engagement over the last year or longer.

Look at some of the top content that shows up, and use that as inspiration. How can you improve it? What aspects of the creative may account for its success? What phrases were used?

How To Do It For Free

If you’re on a budget and can’t afford BuzzSumo or AdEspresso, BuzzSumo’s free version gives you a couple of free searches per day. The number of results shown is limited, but it is still better than nothing.

Another option is to just look at what ads are showing on your Facebook feed.

Another way you can get more info is to attempt to trigger remarketing ads.

For B2C companies, go to their site, browse around, and/or add something to your Shopping Cart but abandon the site without checking out.

Make sure you have cookies enabled on your browser or it won’t work.

Then, go to your Facebook feed and scroll down until you see a remarketing ad from the site.

The drawback to this method is that remarketing ads are probably only be a portion of all the ads that a competitor is running.

If you keep checking your feed for an extended period of time (weeks or months) and see the same Facebook ad showing to you, that is a good sign that this ad is working, especially if you know this company has a large budget and does split-testing.

Here’s How Fast These Tools Change

We had a great tool we were getting sneaky with for a couple weeks. But faster than Stephen Hawking in a science exam, Facebook shut it down.

Therefore, we can’t recommend it anymore in this article. But, very quickly, here’s what it did…

From there, you could scroll through and look for ads from your competitors.

The drawback was that you didn’t have full control over what ads show in your news feed.

A Word of Warning with Competitor Analysis

Most marketers have no cohesive strategy and are throwing a bunch of spaghetti at the wall to see what sticks. The issue with this strategy is that the majority of their tests won’t work.

Therefore, if you see a competitor’s ad or concept and blindly assume it works, you could waste a lot of money and time by copying it.

With SpyFu, you at least have historical ad-testing data to back up the idea that a certain competitor ad is a winner. With BuzzSumo, you have data-driven evidence that a certain post got tons of organic social media shares.

But with Facebook ads, you have less evidence to back up your belief except for the fact that you know your competitor is running this ad.

To combat this, I suggest testing new ad ideas first with a small budget and then scaling up when it’s shown to work.

For example, let’s say you found out that your competitor (who you belief knows what they’re doing) is running video ads that start with an aerial shot using a drone.

You decide to create a similar video to test it out. Start with a small daily budget of $10 a day.

If it’s not delivering good results. Try tweaking the post’s copy. If that doesn’t work, you can pause the test and you won’t have wasted as much money.

Also, focus on learning from the savviest advertisers inside and outside your industry who you know are delivering a high ROI and are recognized experts their craft.

On the Horizon: New Updates from Facebook that are Huge for Competitor Analysis

Thanks to an effort to be much more transparent to the public for political reasons, Facebook has announced that they are building tools to:

You will be able to click a “View Ads” button on the ad that is targeting you or on the Facebook page’s toolbar. This will pull up all their active ads.

While this is exciting and likely the most accurate data we will ever get, temper your expectations. It could take a long time before this is actually released. Having said that, they have already rolled out a version in Canada for testing, so that is a good sign it will come sooner rather than later.

Also, based on this announcement, we can assume that Facebook isn’t giving us access to a library of all ads a page has ever run, which we can filter through. Instead, we are given the option of viewing all currently active ads once a page has chosen to target you.

Therefore, you could use tactics from the How To Do It For Free section to improve the chance a page you want to learn about will target you, but it’s still not guaranteed it will.

While there are rumors that Facebook will also be giving us a 4-year archive of past ads, details on amounts spent, impressions delivered, and target demographics used, these are likely just rumors. Companies would almost certainly push back on having all this strategic information open to the public.

Nonetheless, this is exciting news. It will be a huge benefit and we will be crossing our fingers!

Conclusion: You Should Start to Spy on Facebook Ads Now

You are missing out on a huge piece of maximizing sales and getting the most conversions on Facebook ads without competitor analysis.

There is a goldmine of information out there on what is already working that you can use, including looking at organic search engagement and studying the format of competitor ads (Are they mainly video ads? How did they grab attention? What colors did they use to stand out?).

Even borrowing ideas that are working from other industries could dramatically improve your Facebook ROI.

But make sure you’re cautious with your testing. Just because you see a competitor doing something online doesn’t mean it’s working or that they know what they’re doing.

What’s your biggest problem when it comes to Facebook ads? What’s the most important piece of info you’re interested in stealing from your competitors? Let’s talk.