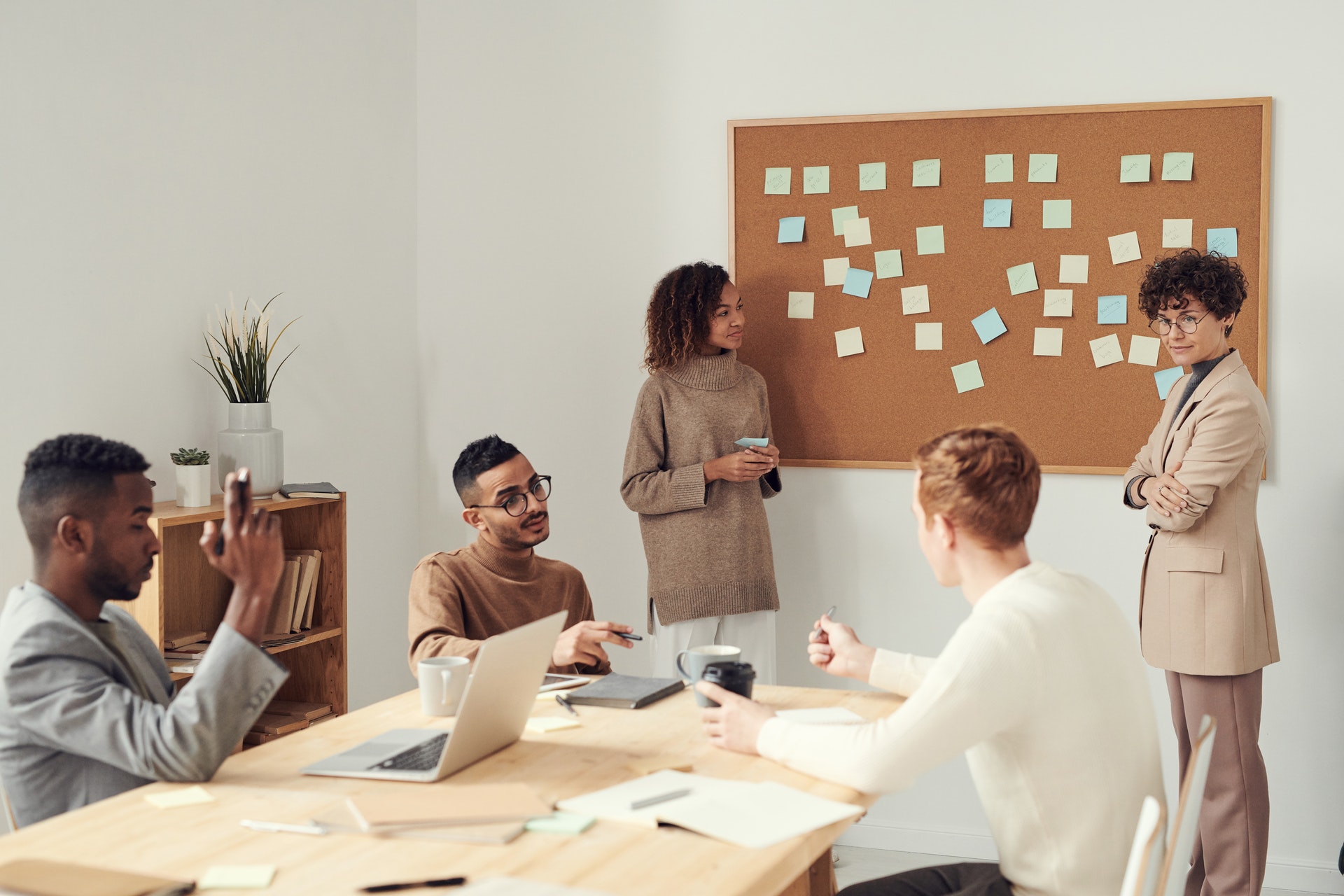 Everyone’s been asking me about how to best leverage pay-per-click advertising on Facebook — pretty much across the board.

And for good reason I’d say…

Your clients / prospects ARE on Facebook! Probably as we speak.

Doesn’t matter if you’re B2B, B2C, higher education, financial, SaaS, NPO / association — no matter how niche your market is, how cheap or expensive your solution…

Advertising on Facebook can certainly be daunting though… Especially if you’re new to Facebook or pay-per-click (PPC) in general.

But worry not, friend…. That’s why I wrote this.

So you’re in good hands 😉

Get the pixel / tracking in place

Tracking is everything, especially in Facebook. Their algorithm is extremely smart & pays very close attention to what you deem a “conversion”. But you should also track micro-conversions & assign values.

This is obviously how Facebook thinks. Just look at the campaign objectives they offer. They literally split them into awareness, consideration & conversion.

(Hmmm. Wonder if there’s something to that?)

The moral: Don’t always try to “close” on the first click like you may with Google PPC or Bing.

Social advertising is very much “interruption” advertising. Just like display / banner ads. Or TV commercials. Or ads you see in magazines.

Users aren’t asking specifically to be sold on the merits of your widget at this moment.

They’re chilling with their friends. UNLIKE on Google where if someone’s searching for “HR software” or “best college in Florida” & you’ve got that thing they want…

You can be pretty sure they’ll find it relevant & have the patience to explore, even if your creative isn’t the best.

Think NOT in terms of Click > Lead (or sale). You’ve got to first get their attention, build a little trust, credibility.

In general, the more expensive your product or service, the more more nurturing it’s going to take to get people white-hot & ready to buy.

Remember, you are advertising to people after all. People naturally have thoughts & feelings & ideas & questions & specific needs & concerns & suspicions, among other things.

Think: when’s the last time you made a large purchase the first time you encountered a brand / thing?

Unless feeling frisky, you’re probably doing at least a little research before dropping a grip on that that Tesla.

So on Facebook especially, the successful advertiser acknowledges & embraces this fact of basic human decision making.

The janky advertiser (the one that pays much more for engagement / clicks / conversion ) jams offers down people’s throats on Facebook & therefore has nearly zero chance of materially influencing a high-ticket sale.

So don’t be a janky advertiser. Think about the user. Especially on Facebook / social.

By providing the information that people need to make a sound decision.

People need to trust you before they even think about buying anything.

And it’s YOUR job as an advertiser to give them a reason to trust you.

This applies as much to Facebook pay-per-click as it does to TV ads, radio, your sales process… The way you approach prospects on these various mediums says a lot about you.

These are arguably social media questions, but arguably just general “who are you” questions…

That’s another topic for another time though. Moving on…

On targeting… Don’t be too literal / predictable

Don’t just settle on the obvious. There’s sooo many ways to target on Facebook you’d be amazed.

So… DO target the obvious. But also extrapolate a bit. Test different things out with small budgets. You’ll be surprised that what you think will do well often doesn’t & vice versa.

A few more tips on testing & targeting below:

1) Study your customers’ lifestyles. I’m not a huge fan of “personas” as most people use them, but they can be useful here.

What blogs / magazines do they read? What kinds of cars do they drive? Where do they shop? What do they watch on TV?

Sometimes, a (seemingly) mundane fact about your target audience’s lifestyle can be your foot-in-the-door.

(Here’s a little primer on the demographics report in GA if you’re unfamiliar. It’s specific to higher education, but it applies to most any space just the same.)

Also, look at your referral logs! Who’s sending you traffic that converts? For us, it’s sites like WordPress.org or KissMetrics or HotJar where we’ve contributed blog posts. Do they have Facebook pages? Perhaps people that like their page would also like us? Especially if they fit into XYZ demographics or affinity categories… Or fall into XYZ geographies.

Do you see where I’m going? Often, what works per Google Analytics translates to other mediums.

Get in the habit of testing & iterating

Test, test, test. Everyone says it, nobody does it (not properly at least).

There are so many options on Facebook that it’s super-important to test. Just small budgets, little tests. Quick tests.

This is where all the gains are made.

But you can go way deeper. Here’s a little scratch of the surface…

Another very under-utilized but highly effective ad format is Lead Ads — especially if lead generation is your ultimate goal, as the name implies. Most people don’t even know that Lead Ads exist. But we routinely see leads come in at nearly 1/10th the cost of Google PPC leads via Lead Ads… That said, lead quality is hit or miss, but generally not as high. But that’s what nurturing is for.

Lead Ads also present somewhat of an integration challenge because it only connects with certain CRMs. But Zapier can often help solve that problem on the cheap. Or just call us if you hit a wall & we’ll point you in the right direction.

For instance, you can also choose “Awareness” campaigns that allow you to pay for your ads on a cost-per-impression basis. And guess what… sometimes you can drive clicks & conversions for cheaper with awareness campaigns than with click campaigns.

So don’t just take the “objectives” at face value — test out your different options & you’ll quickly figure out what gets you the biggest bang-for-the-buck.

Make your ads & offers so damn good that anyone truly in your “target audience” would love to see them, even their organic Facebook feed… And would be out of their mind NOT to click through!

For best results, ignore everything above (except #1 – you must get your tracking in order for this to work)…

And instead focus 100% of your efforts on making THE most gnarly creative you could ever imagine.

Make it 10x better than your competitors & more compelling than anything your audience has ever seen.

Your goal should be to make them say,  Are they really giving this away for free?! All I have to do is put my info in the box?! I gotta’ share this around!”

If you can do this (i.e. create an irresistible offer) you can forget all the technicalities. You’ll be fine on Facebook or Google or any other pay-per-click platforms.

Why? Facebook’s algorithm is smart as sh** (excuse my French).

Smarter than we can hope to be with the data we have (most of which is anecdotal, incomplete or otherwise less than fully reliable)…

I’d venture to bet that you could just go “naked” (i.e. zero targeting) & if your creative is specific enough & compelling enough for the market you’re targeting, everything else will fall into place. Remember, most Facebook users are NOT in buying mode. People go to Facebook to socialize for the most part.

Unlike Google, where people generally go to research & buy. So you need to take somewhat of a different approach. But if your tracking is in place & your offer is compelling & your creative is difficult to ignore, you’ll be just fine. The average user doesn’t know a pay-per-click ad from a video ad or what not…

But they’re astute enough to know a sponsored ad from an organic piece. Make your ads so good people would welcome them in their organic stream!

A few final tips that will help you go from beginner to pro with Facebook PPC ads:

Summing it all up

So here’s a list for my folks (too long, didn’t read)…

Don’t feel bad if this is still a little daunting. The Facebook advertising platform is perhaps the most powerful & complex self-service platform in the known universe.

If you need help with Facebook pay-per-click… or with any of the other campaign objectives like like awareness, engagement, page likes, conversion, app installs, remarketing… Whatever it is.

You know who to call 😉